The Glory Of Christ

The wonder and glory of Christ has penetrated the hearts of untold millions of people over the last 2,000 years. This course examines what the Bible teaches about Jesus Christ. We will look in detail at Who He is, His duel nature, the atonement, His ministry as Prophet, Priest, and King plus more. We will also take a look at what different Christian and non-Christian groups have believed on this topic. This is a detailed study for the person who already has a “working” knowledge of the Bible.

Below is an example from the first lesson from The Glory of Christ.

INTRODUCTION TO THE
GLORY OF CHRIST

God, before the foundation of the world had determined to redeem mankind. Therefore human history from the fall to the return of Jesus has been arranged according to His providence to prepare the way of redemption. We can see this in two aspects.

1. THE GENTILE OR HEATHEN WORLD 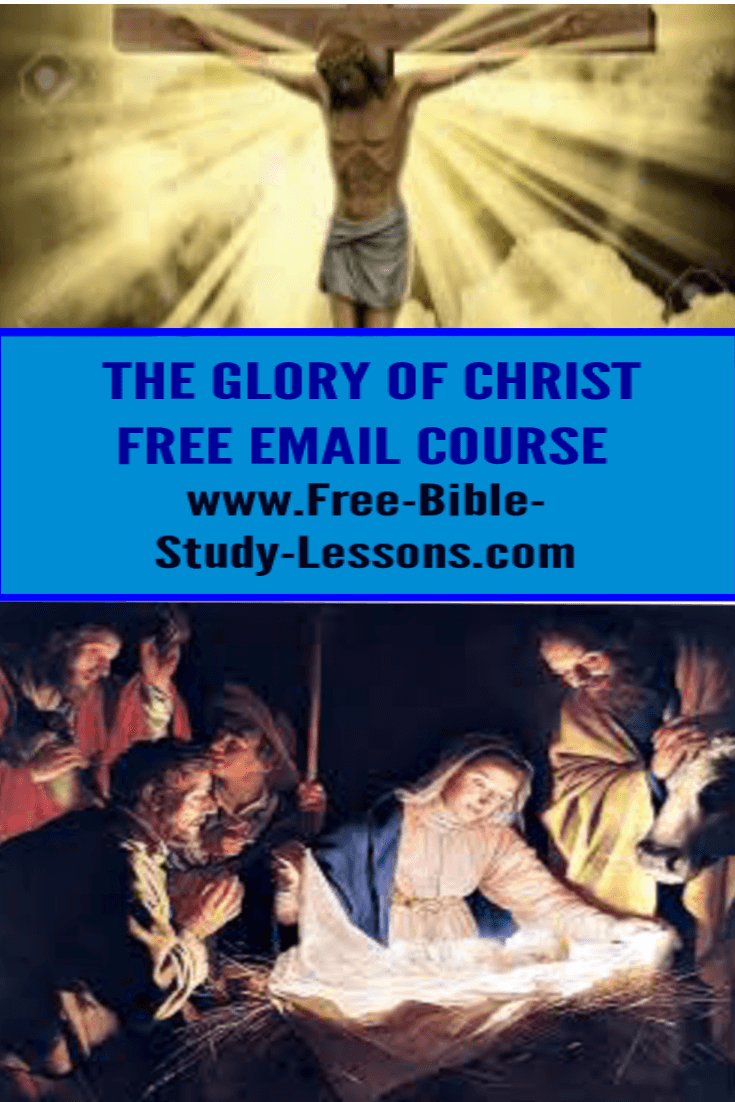 The history of the heathen world shows the true nature of sin and the depth of spiritual ignorance and moral depravity of the human race when it is left to itself. It reveals the absolute powerlessness of human nature to preserve or regain a proper knowledge of God. It also shows the human race cannot deliver itself from sin by philosophy or art.

The question arises why was redemption not immediately instituted when Adam and Eve were driven out of the Garden of Eden. The cross could have been established at the gates of the garden. However, the scripture indicates there was a time of preparation needed before redemption could be effected (Gal.4:4).

Even in this heathen world glimpses of truth came through. We know for instance Job, Balaam, and Melchizedek - people outside the chosen race - had a revelation of the true God. Others were reformers and though steeped in error and heathen philosophy were able to bring glimpses of truth which showed the high origin of man, and the march towards redemption. Certainly whatever truth was revealed came from God. Augustine said "Plato made me know the true God; Jesus Christ showed me the way to him." (Strong pg.666)

God gave at least a glimmer of light to the Gentiles. The seed of Abraham was given to bring light to them. There was a measure of light for the pagans, but heathenism was a failure. The failure was a preparation to receive the light of the gospel.

The religious nature of man is shown in the religions of the nations. The idea that all religion is of the devil is a Jewish one. God revealed Himself to the race to the degree they were able to know Him. Any religion is better than none for all religions imply restraint. Their distortion of truth does not nullify the fact there are traces of truth in their religion. Satanic deception is the source of those distortions, but underlying truths remain.

The positive elements in heathen religion was very slight. All the altars, sacrifices, philosophy, and art only served to arouse cravings which could not be satisfied under their religion. The religious system became a source of greater corruption, without hope or progress. The best minds thought truth was impossible to attain, and all hope of general well being was but a dream. The Jews were the only ones who were forward looking. All our modern confidence in destiny and development comes from them. They received their hopefulness, not from genius of religion, but special revelation of God, through their prophets.

2. THE HISTORY OF ISRAEL

This nation was separated from all others from the time of Abraham and given great truths. They saw God's majesty in His unity, omnipotence, and holiness. They also had the revelation of human sinfulness and moral helplessness along with the certainty of the coming salvation.

They received this revelation through the law given by Moses. The theophanies [Old Testaments appearances of God] and miracles developed faith in a personal and almighty God and judge. The prohibitions and warnings awakened the sense of sin. The priestly office and sacrificial system, breeds the hope that there was pardon and access to God.

The law must always precede the gospel. A knowledge of sin is needed before there is a knowledge of a saviour. The heathen were studying the works of God while Israel was studying God...

To receive your free e-mail lessons of The Glory Of Christ simply click the link below and fill out the form.

You can also read a brief article on The Glory Of Christ.