THE LIFE AND TIMES OF JESUS THE MESSIAH PART 5:

THE CROSS AND THE CROWN

Welcome to a detailed course on Jesus the Messiah. We are about to study the most important period of time in history. On this one event the destiny of world hung. Dr. Edersheim was a Christian Jewish scholar who is well-recognized for his knowledge of Jewish society and customs in the time of Jesus. This course will give you a rich understanding of what was going on during the Passion Week, then you will be able to study the Scripture with fresh eyes. Come back in time with us now to the days when Jesus the Messiah walked the earth in human flesh... 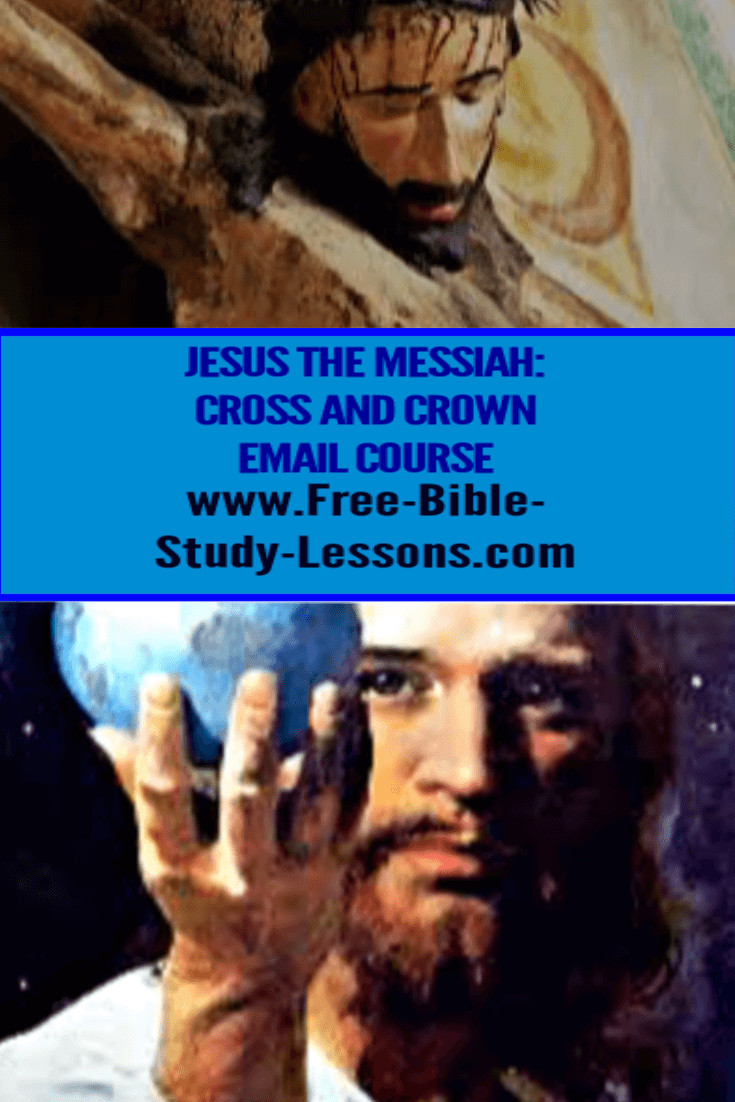 It was a bright day in early spring of the year 29, when the festive procession set out from the home at Bethany. There can be no reasonable doubt as to the locality of that hamlet (the modern El-’Azariye, ‘of Lazarus’), perched on a broken rocky plateau on the other side of Olivet.

More difficulty attaches to the identification of Bethphage, which is associated with it, the place not being mentioned in the Old Testament, though repeatedly in Jewish writings. It is possible the name Bethphage, ‘house of figs’ — was given alike to that district generally, and to a little village close to Jerusalem where the district began. And this may explain the peculiar reference, in the Synoptic Gospels, to Bethphage (St. Matthew), and again to ‘Bethphage and Bethany.’ {St. Mark and St. Luke.}

Although all the four Evangelists relate Christ’s Entry into Jerusalem, they seem to do so from different standpoints. The Synoptists accompany Him from Bethany, while St. John seems to follow from Jerusalem that multitude which, on tidings of His approach, hastened to meet Him. Even this circumstance proves that it could not have been at early morning that Jesus left Bethany. Remembering, that it was the last morning of rest before the great contest, we may reverently think of much that may have passed in the Soul of Jesus [the Messiah] and in the home of Bethany. And now He has left that peaceful resting-place.

It was probably soon after His outset, that He sent the ‘two disciples’ — possibly Peter and John {Comp. St. Luke 22:8.} — into ‘the village over against’ them, presumably Bethphage. There they would find by the side of the road an ass’s colt tied, whereon never man had sat. This colt they were to loose and to bring to Him.

The disciples found all as He had said. When they reached Bethphage, they saw, by a doorway where two roads met, the colt tied by its mother. As they loosed it, ‘the owners’ and ‘certain of them that stood by’ {St. Mark;comp. also St. Matthew.} asked their purpose, to which, as directed by the Master, they answered: ‘The Lord hath need of him,’ when, as predicted, no further hindrance was offered. In explanation of this we need not resortto the theory of a miraculous influence, nor even suppose that the owners of the colt were themselves ‘disciples.’ Their challenge to ‘the two’ seem to forbid this idea. Nor is such explanation necessary.

From the pilgrim-band which had accompanied Jesus from Galilee and Peraea, and preceded Him to Jerusalem, from the guests at the Sabbath-feast in Bethany, and from the people who had gone out to see both Jesus and Lazarus, the tidings of the proximity of Jesus and of His approaching arrival must have spread in the City. Perhaps that very morning some had come from Bethany, and told it in the Temple, among the festive bands, specially among his own Galileans, and generally in Jerusalem, that on that very day, in a few hours, Jesus might be expected to enter the City. Such, indeed, must have been the case, since ‘a great multitude’ ‘went forth to meet Him.’ The latter, we can have little doubt, must have mostly consisted, not of citizens of Jerusalem, whose enmity to Christ was settled, but of those ‘that had come to the Feast.’ {St. John 12:12.} With these went also anumber of ‘Pharisees,’ their hearts filled with bitterest thoughts of jealousy and hatred.{St. Luke 19:39; St. John 12:19.} It is of great importance to keep in mind this composition of ‘the multitude.’

If such were the circumstances, all is natural. We can understand, how eager questioners would gather about the owners of the colt (St. Mark), there at the cross-roads at Bethphage, just outside Jerusalem; and how, as soon as they understood the disciple’s purpose, the owners of the ass and colt would grant its use for the solemn Entry into the City of the ‘Teacher of Nazareth.’

To receive these free lessons click the link below and place your name and e-mail in the form. The first lesson will be in your inbox shortly. The rest will follow every seven days.