The Faith Of Rahab

Have you ever wondered about the faith of Rahab [Joshua 2]? Joshua and the children of Israel were not the only ones who needed to be strong and courageous. Rahab risked her life to stand with the people of God and so earned a place of honour among them.

Faith is more than simply believing. Everyone in Jericho believed in the power of the God of Israel.

"I know that the Lord has given you the land, that the terror of you has fallen on us, and that all the inhabitants of the land are fainthearted because of you." [Joshua 2:9]

Believing wasn't a problem - even the "non-believers" believed. The problem was faith. As James points out:

What was it that Rahab had? 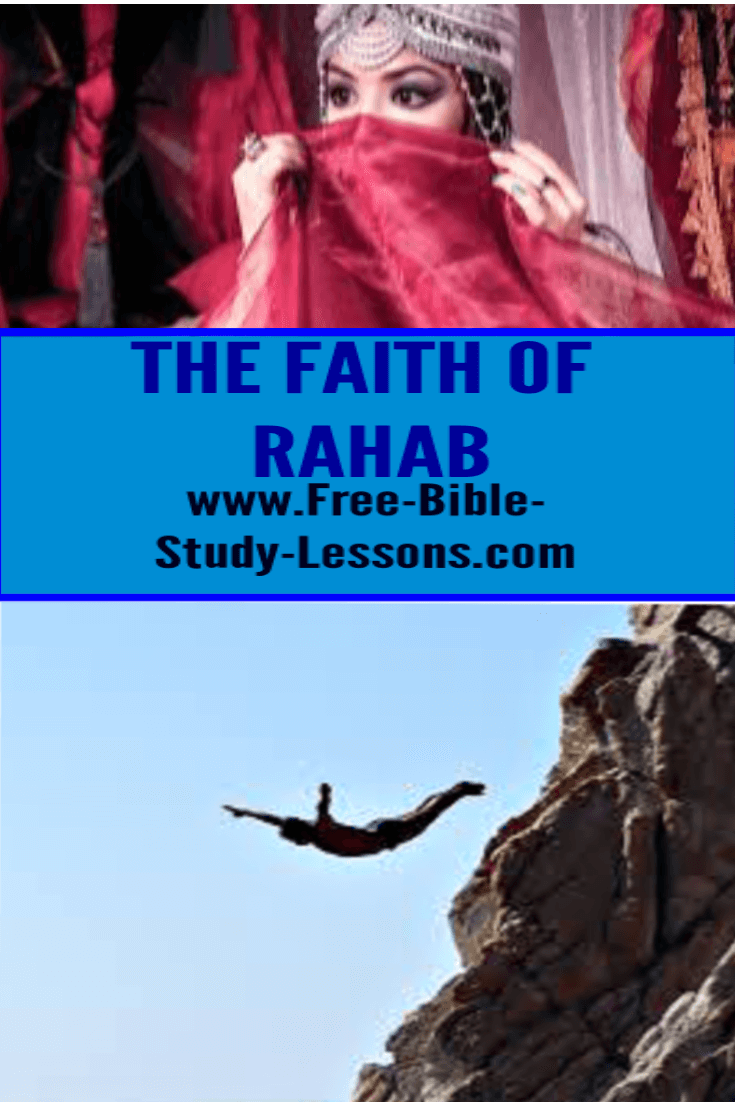 Faith is putting Godly action to what we believe. The Canaanites believed in the power of God and they acted on their belief - they tried to defeat Him. The demons believe in God, and they oppose Him [impotently]. Rahab believed in God and changed her life to yield to Him. That is why the core cry of the Christian is: "Jesus is Lord." If all we do is "believe" in God or "accept" Jesus as Saviour and have no interest in His Lordship then I wonder if we are in the same position as the Canaanites. Our resistance to God may be passive [or lip service like the Pharisees] instead of active, but it is resistance nonetheless.

True believing will act even to the risking of our lives [like Rahab] on what it believes. The early Christians [and down through the ages including today when Christians in Indonesia were murdered for their Christian commitment] had in faith put the Lordship of Jesus Christ above everything. The First Century Christians went to cruel deaths because they refused to say, "Caesar is Lord" but would only confess, "Jesus is Lord".

How many "Christians" today are believing in God instead of having faith in Him? Am I saying we must have works to be saved? Of course not. Salvation is by the grace of God through the shed blood of our Lord Jesus Christ alone. Read the book of James. Submitting to the Lordship of Jesus Christ is the evidence of true belief. If the evidence isn't there...is it faith?

Now I realize that we are all fallible human beings. None of us live totally in submission to the Lordship of Jesus. It is a process; however, we should all recognize that Jesus is Lord and be working, through the power of the Holy Spirit, to have our lives line up under that authority. My challenge isn't to the Christians who are "working out their salvation" but to the person who claims to be a Christian and refuses to come under the Lordship of Jesus. If Jesus is not Lord then neither is He Saviour - the two go together.

In possessing our land we need to take a Godly stand on issues in our lives, our churches, our schools, our nations, etc. Our first questions is never "What do I feel about it?" or "What do I think is right."  We are Christians living under the authority and in the power of the Lord Jesus Christ. Our first question, regardless of personal feelings, is: "What does the Word of God, in context, teach is right or wrong in this situation?". And the second is: "What does the Lord Jesus want me to do about it?" Nobody can fight every battle. The Lord Jesus is the General - He will give the troops the assignments. Our responsibilities are to be obedient to the call of God on our lives. Nothing more, nothing less. It will require faith in action.