"Why do the nations conspire and the peoples plot in vain?
The kings of the earth take their stand and the rulers gather together
against the LORD and against his Anointed One.
"Let us break their chains," they say, "and throw off their fetters."
The One enthroned in heaven laughs; the Lord scoffs at them.
Then he rebukes them in his anger and terrifies them in his wrath, saying..."  [Ps. 2:1-5 NIV]

Today in Western society the devil has marshalled his forces.  They conspire against God and mock His ways.  They pressure weak politicians to change Godly laws to favour the wicked.  Sometimes it seems as if the waves of the ungodly will wipe out all righteousness in our nations. 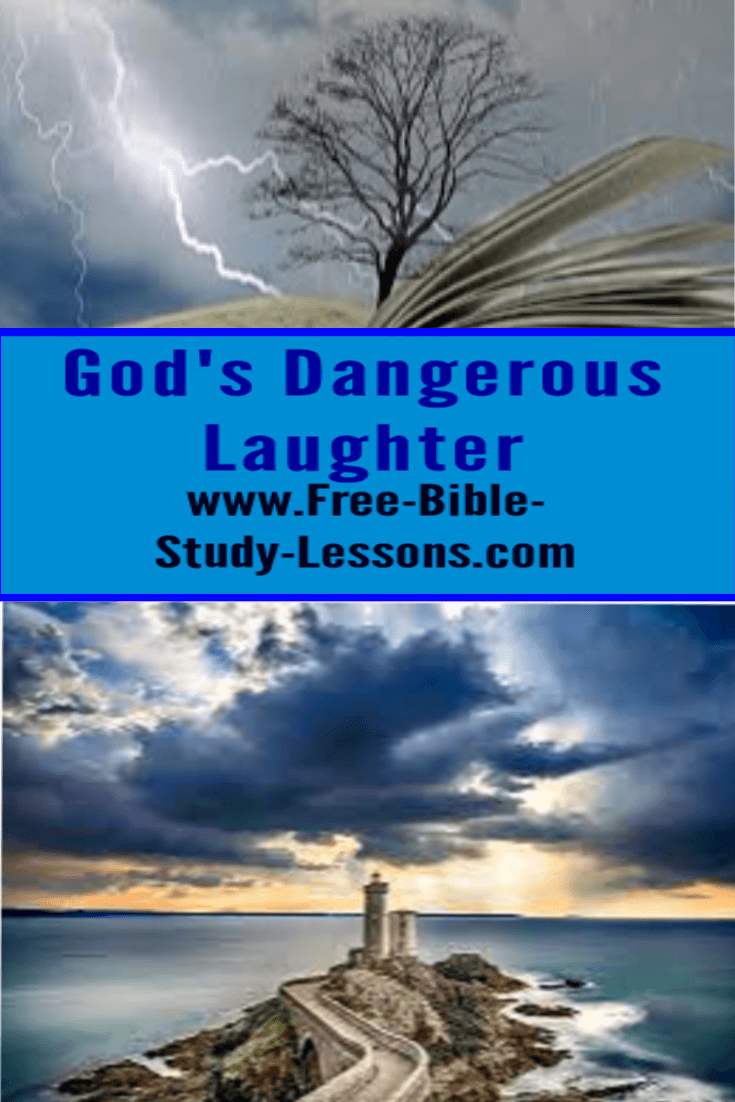 The devil loves death.  He loves to destroy God's creation, so he works through his children to spread the culture of death - abortion, evolution, sexual perversion, etc.  He often does this with the help of the official church.  Sometimes it looks as if the church itself is lost in a raging sea of confusion and about to sink.

What is God's response to this?  Is He threatened?  Is He afraid that His Kingdom is about to be destroyed?  Does He fear that the blood of Christ was wasted?

Not at all.  Laughter flows from His lips.  The raging of the wicked looks mighty from our perspective, but God looks down and sees impotent little ants running around fantasizing that their rebellion is going to somehow destroy God or altar His purpose.  God laughs.  The impossibility of it is funny.  God mocks them in their stupidity.  When we look at it from God's perspective, we can laugh as well.

But the laughter of God is dangerous.    Yes, God laughs, but it is not the laughter of a good joke.  No, it is the laughter at the impossibility of any rebellion to succeed and precedes the terrible anger of God.  In a moment God says, "It is enough," the smile disappears, and the judgment comes.

God laughs at and mocks the wicked, but their rebellion, their arrogance, their evil acts, their attacks on His beloved children, stir His anger.  It is an anger to be feared about all else.  Cities, nations, and entire civilizations are wiped from the earth with the ease of a man wiping a dish - their inhabitants emptied into the eternal fires of Hell.  The laughter of God is dangerous laughter for His enemies, and the signal to His children that His justice is at hand.

Does this mean that God expects His children to sit around and do nothing?  Not at all.  His children are to work at making His will known and expanding His kingdom.  They are to be busy spreading the gospel and seeing lives changed for the glory of God.   In fact, a mass turning to God would destroy the wicked just as effectively as fiery judgment.

In the days ahead we will have revival or judgment on a civilization-shaking scale.  In fact, judgment has already begun, but mass repentance could still turn it to mercy.