The Lame Man
At The Temple Gate

Although this miracle was followed by consequences so serious as to make it a landmark in the history of those early days of the Church, it was not itself the result of deliberation or contrivance. Peter and John were, as usual, on their way to evening prayer in the Temple. These two men had much to gain from one another, and they kept much together. In study, in business, in Christian work, in life generally everyone is the better of the friend who supplements his own character. Happy he whose closest friend of all provokes only to love and good works, and calls out only what is best in him. It is, if not essential to the growth and health of the spiritual life, most desirable to have a friend with whom intercourse is absolutely free and frank; one to whom it is the natural thing to explain the actual state of the spirit, and utter our most sceptical or our most devout thoughts, and who can be trusted to respond charitably, confidentially, and wisely to all communications. The Church owes much to the friendship of Peter and John, as well as to each individually. 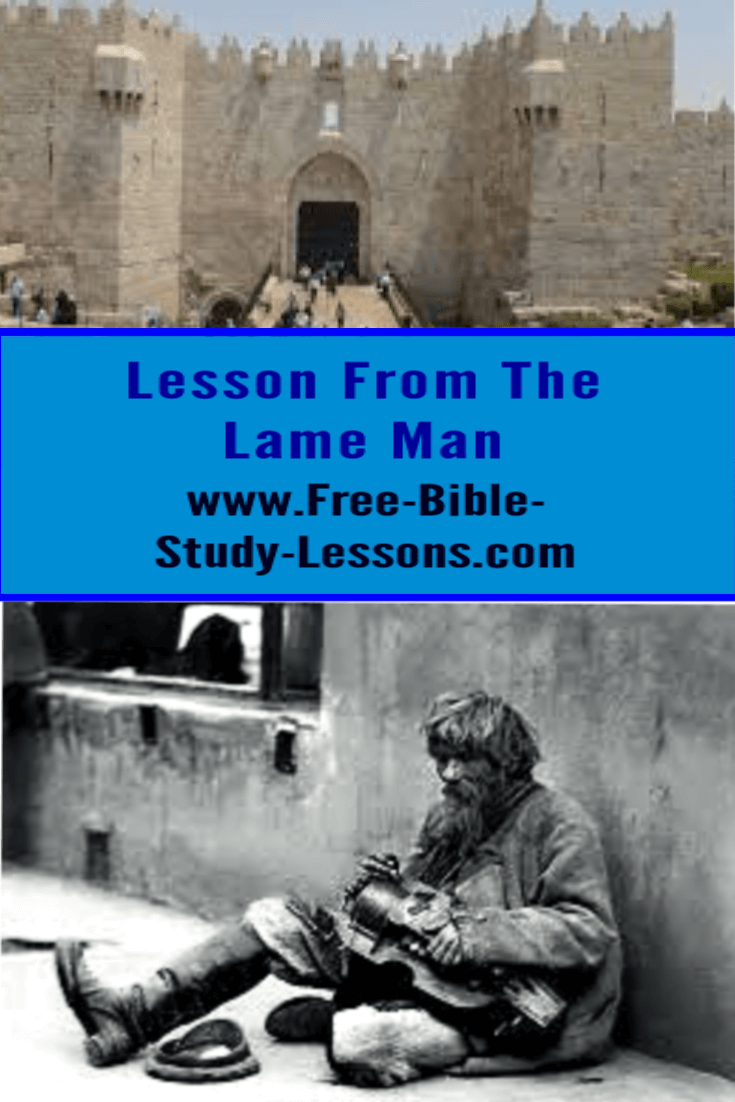 On how small a contingency did this miracle hinge. Had Peter happened to have had a penny he would have dropped it in the beggar's palm and passed on, leaving him content with the alms and unconscious of all he had missed. And it is sometimes well for us, as for Peter, that we are baulked in our first intentions towards our friends and our first attempts at being of use. It is well, for example, that we cannot at once rescue every one out of sickness and poverty, for thereby our love is compelled to a deeper consideration and to a thousand kindnesses which find their way to the heart and leave for ever a treasure of happy memory. Our inability to gratify the obvious and clamant want of our friend keeps our thought hovering around him until, at last, we discern how we can confer a better and more enduring, because a more difficult and thoughtful, gift.

Probably Peter had often passed this lame man before. To-day the two Apostles have not together as much as the poor widow with her two mites, and they are passing and thinking as little as we sometimes think of leaving the needy to the charity of others, when suddenly it occurs to Peter that, after all, he has what may be of more service to the beggar than silver or gold. "What I have, that give I thee."The best help we can give is not that which we can give with the hand, and which is current coin, which anyone else may give, and which is of the same value, whoever gives it; but rather that which we communicate from our own heart and soul, and which is our own peculiar treasure--the accumulation of a life's experience. To add a little to anyone's outward comfort is always worth doing; but to impart to another what becomes life and strength and encouragement perennially within himself is surely better. Frequently the help we chiefly need is nothing outward and material, but that which one bare human spirit can render to another. But alas! when thrown back upon our inward resources, we are so conscious of our poverty that we think sixpence or a shilling is probably of greater value than anything which can come straight from our spirit.

Of the lame man little is told us which may give us a clue to his state of mind. He was one of those who had been left unhealed by Christ. Often must Christ have passed him, and yet He had never spoken nor laid healing hand upon him. Perhaps during the long hours the lame man sometimes thought of this, and bewailed his own negligence in not using opportunities now for ever gone. He could only look with envy and self-reproach on those who had once been blind, or, like himself, lame, and whom he now saw in perfect health. His feelings were akin to the remorse of those who imagine that their day of grace is gone, and exclaim :

Thy saints are comforted, I know,
And love Thy house of prayer;
I therefore go where others go,
But find no comfort there.


There is no despair worth calling despair but despair of salvation. But what Christ has not done, an Apostle may do. The lesser instrument may effect what the more powerful has not effected. A feebler ministry may in some cases produce results which the abler ministry has not produced. 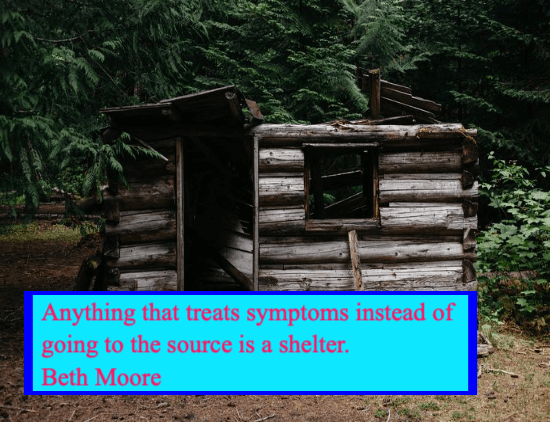 Another feature of the beggar's state of mind appears in listless, mechanical way in which he asks an alms. He had not even troubled to look up. Too commonly human prayer is the monotonous whine of the beggar that scarcely troubles to consider to whom the petition is addressed. Had this man taken the trouble to scan the appearance of those fishermen he would have seen that silver or gold could not be expected. But he had fallen into one chant, uttered as soon as the shadow of the passer-by fell upon him. It is a picture of the unreal and indifferent spirit in which much prayer is offered. There is no harm in asking for certain benefits every day of our life, and no harm in using the same words, if we have chosen these words as the fittest. But there is harm in allowing a form of words to engender monotony and lifelessness in the spirit, so that we never consider carefully the object of our worship and what it is fit that He should give. This cripple had come to be content with the few coppers which would furnish his supper and bed; all the great world with its pleasures, its enterprise, its high places lay quite beyond his hope; and thus does one find his own soul dying to all that lies beyond daily needs, and forgetful of the great and glorious things that are written of the heirs of God. It is surely a great art to know "who it is that speaks to us, and what is the gift of God."

Peter's first care was to arouse the man. "Look on us!" The man's attention was commanded. All his life he had been training to know faces, to know who would give and who would not give, who would not give if others were looking, and who would give at the gate of the Temple, dropping the coin as into an alms box, without any regard to the want of the beggar. One glance at the frank face of Peter tellshim he is about to receive something. That is a man to be trusted. This is a good beginning. Trust in Peter maybe the first step to trust in Christ. But many rest at the earliest stage, believing the messenger, but not coming into personal relations with Christ. Many persons wish to be better than they are, and are prepared to do muchand sacrifice much in order to attain to a satisfactory spiritual state. What is lacking is personal appeal to Christ. They must recognize, with a conviction wrought in their own mind, that Jesus Christ is the source of spiritual power, and they must forthemselves, appeal directly to Him. 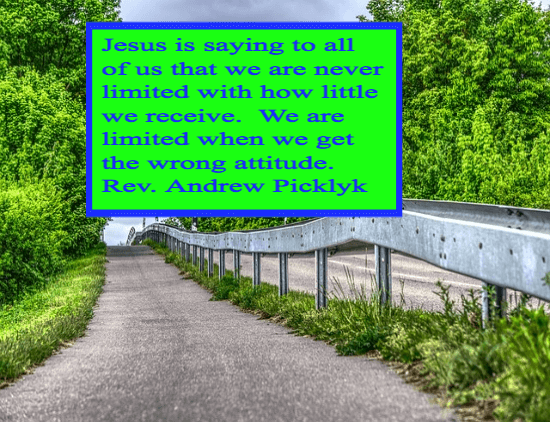 The boldness with which Peter forms or, it might almost be said, forces this personal relation to Christ in the case of this man is surprising. Without a moment's hesitation or inquiry as to whether the man's faith is quickened, Peter cries, "In the name of Jesus Christ of Nazareth, rise up and walk," taking him by the right hand and lifting him up. Peter could not confer health upon the man in spite of his state of mind. If the man had so chosen he might have continued to lie where he was, a cripple. But simultaneously with Peter's faith and authoritative command, the man's own faith was quickened. He believed that in this name, that is, at the command and in the strength of Christ, he could get up; and he arose. It was the contagious confidence of Peter which begat faith in the lame beggar's spirit. And there could not be a more instructive instance of the suddenness with which a human being can be brought into saving relation to Christ. When Peter began his sentence the lame man had no faith, yet he boldly said to him, "In the name of Jesus Christ arise and walk." Men may always thus be summoned to believe on the spot and to act out the commands of Christ.

But in order that such a summons be effectual, two qualities in the apostle are needful. He must not fear failure or rebuff. He must have that humility which seeks the good of others regardless of its own reputation. So long as we fear to expose our own feelings, and to show that we are deeply concerned about the welfare of another person, we shall do little in the way of inspiring faith. Our mouth is kept shut by the fear of fruitlessly exposing our feelings. We are not sure how our advances will be received. We have not, the loving humility which braves risks to self.

We must also ourselves have lively faith if we are to communicate faith to others. It was Peter's own faith which carried this man's unbelief by storm. In presence of Peter's confidence he could not but believe. Most men are far more moved by the contagion of others strong feeling and example than by arguments or verbal appeals. For the diffusion of faith it is a man like Peter that is wanted, who overleaps the obstacles which other men would stop to examine; a man like Luther, erring perhaps in fine points of doctrine, but giving impetus and force to the whole movement in Christ's kingdom, and sweeping along with him a host of weaker and dependent spirits. If we are not propagating faith in Christ, it is mainly because our our faith is meagre and timorous. If we are not producing Christians it is because we are not ourselves in the present experience of His mighty power. And while this is so, our conduct betrays the weakness of our faith, and we chill the kindling warmth in other souls instead of fanning it into flame, and all that proceeds from us is as the frosty wind of an untoward spring-time, that unseasonably marks everyspringing thing with death.

Possessed of those qualities, any one may communicate that best of all gifts, faith in Christ. The joy of Peter, in discovering that he could impart health and brightness to those who were oppressed by various human ills, is a joy which may be repeated, and was meant to be repeated, in the experience of every Christian. We are not to look hopelessly on the world at large or on our own friends.

We are not to think that the pleasure we have in being of substantial service to a friend, we cannot have in the case of that which is most substantial. We are to believe that Christ now has all power in heaven and on earth, and that those who have experienced this power are expected to be the channel of its communication to others. The faith which strengthens and elevates our own spirit may be communicated, upon our effort and prayer, to the heart of others.