The Lord Jesus Christ Over All

“That if thou shalt confess with thy mouth the Lord Jesus, and shalt believe in thine heart that God hath raised him from the dead, thou shalt be saved.” Rom. 10:9

Have you ever wondered why the Roman Empire tried to destroy Christianity? Christians were model citizens. They were not involved in sedition. They prayed for the Emperor. They looked after the poor and helpless. They were, in fact, a great asset to the Empire. Why seek their destruction?

The simple reason was that Christians declared that Lord Jesus Christ is Lord of lords and King of kings. They recognized no power or authority as equal to or greater than the Lord Jesus Christ. The Roman Emperors, who saw themselves as god, could not stand the idea that there might be Someone higher than they to Whom they were responsible. Even the fact that Christians were praying for them indicated that there was Someone over them Who could be petitioned. This was an insult. To them all religion was a department of the State of which they were the supreme ruler. 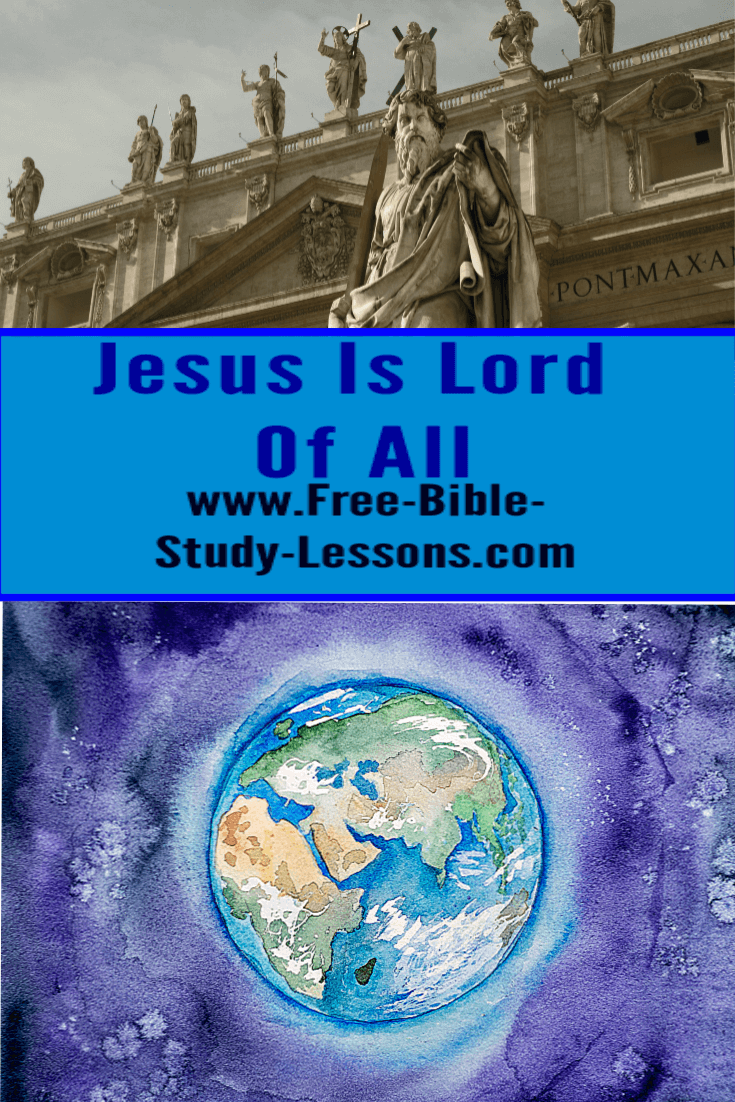 The civil governments of today have exactly the same attitude. No matter what country you live in, religion is viewed as a department of the State.

In some countries there is an active attempt to persecute and stamp out the church. These nations, like the Roman Empire, refuse to acknowledge any power above themselves. They see Christianity as a threat to their claim of supreme power. Other religious groups also persecute Christians because they will not accept the fact that Jesus is Lord. Voice Of The Martyrs at persecution.com keeps up-to-date on these courageous people around the world.

In western nations the persecution is not usually as obvious; nevertheless, all the civil governments of today view Christianity - and all religions - as a department of the State. In some countries they cry loudly about the separation of Church and State by which they mean the Church is not to influence the State, but the State is to control the Church. This is revealed in endless regulations intended to bring the Church under State control: Zoning restrictions, licenses, registration for charitable donations, inspectors for Christians schools, etc. For example, in one United States city a minister had to pay 5 million dollars in government fees, licenses, reports, etc. some of which had never been required of any other building project in the city’s history. In all of this the State is declaring: You operate by our permission and within our guidelines or we will shut you down. It is the State, like the Roman Empire, declaring: We are god and all bow to us. Christians, even in “free” Western nations, have ended up in prison for resisting the State’s claim to godhood.

Why aren’t more Western Christians in jail? Because many have bought into the idea that the State is to control the physical realm. They squabble and fight among themselves. They refuse to believe and obey the Word of God - some churches can’t even figure out if homosexuality and abortion are wrong! They give lip service to the idea that Lord Jesus is Head of the Church or the “spiritual” realm, but they refuse to acknowledge that all of life is under the Lordship of Jesus Christ. Preachers are afraid to preach against homosexuality, abortion, and the abuses of the State for they know they would incur the anger of the State. The State would revoke their charitable donation status, drag them into the courts, and maybe land them in prison. They also know that even if the State did nothing but revoke their charitable donation status, the offerings of their congregation would dry up and their own people would turn against them. In some cases, their churches would vote them out even if the State did nothing!

We wonder why evil seems to run wild in our Western society. The simple reason is that the Church preaches Jesus as Saviour but in practice denies Lord Jesus. They are trying to run the race of the Faith on one leg. Then they wonder why they can’t get off the starting line! The fact is, if Jesus is not Lord, neither will He be Saviour. We must declare that Jesus is Lord of all. Yes, even the civil government must bow the knee to the Lord Jesus Christ.