Rahab was a courageous woman who lived in Jericho just before the Israelites invaded Canaan [1493 BC or 2553 years after Creation].  She lived in a totally corrupt society that engaged in every kind of sexual perversion and idol worship which included child sacrifice.  She, herself, was a prostitute.  It does not seem to be a very good beginning for one of the only two women mentioned by name in the Hebrews 11 “Heroes Of The Faith” chapter.

Joshua sent two spies into Jericho in order to see what he was up against.  Somewhere in the process they were recognized and seen entering Rahab’s house.  Rahab knew it was likely they would be tracked to her place so she hid them under flax that was drying on her roof.  Sure enough, the king’s soldiers arrived demanding that she hand them over.

Her choices were simple:

1.  She could protect her own life and give them up, or

2.  She could risk her life and try to protect them. 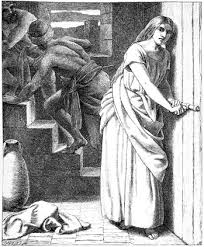 This was something that she had already thought through even before the spies showed up on her doorstep.  She knew, as did the rest of the city, of the judgments God had inflicted on Egypt in order to get the Israelites out and the victories they had had along the way.  She knew that the land she was living in had been promised to them and they were camped on the other side of the Jordan waiting for the opportunity to invade.  Fear was the emotion of the day in Jericho.  Who’s God would be stronger?  While the rest of the city “dug in” to resist to the end, she had made up her mind to switch sides if she could.  Not that such an opportunity was likely to happen…but God is sovereign and in due time two spies needed refuge.

So Rahab had already made her decision.  When the opportunity came she was ready to risk her life - commit treason - to save the lives of the two spies.  When the soldiers came knocking she lied to them and then as a “loyal” citizen gave them advice on how to track down and capture the men.

When the soldiers left the danger was still not over.  The men were still trapped in her house in a hostile city.  Having saved the men’s lives, it was now a good time to ask that they save hers.  And she was not only concerned with herself, but also her family members.  The men gratefully agreed on two conditions, first the scarlet cord was to be tied in her window and, second, everyone to be saved had to be in her house when they conquered the city.  She was only too happy to agree.

Since her house was built into the city wall, she had a window in the wall.  She gave the men advice on where to hide - her safety was tied up with theirs - and let them out of the window with the scarlet cord.

Because of her acts of faith and courage she and her family were the only ones to survive the attack.  She joined the community of Israel, later married a man called Salmon and became the mother of Boaz - the Boaz who was to marry Ruth.  She became an ancestor both of King David and of Jesus Christ Himself. 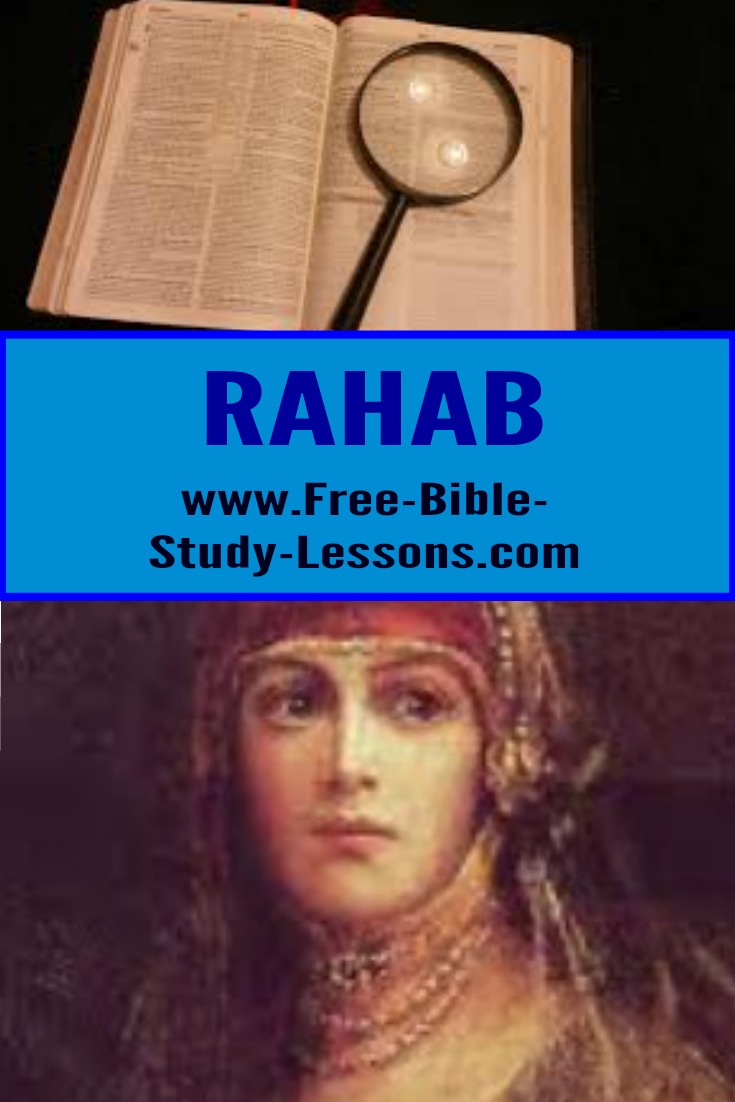 Then Joshua son of Nun secretly sent two spies from Shittim. “Go, look over the land,” he said, “especially Jericho.” So they went and entered the house of a prostitute named Rahab and stayed there.

But the woman had taken the two men and hidden them. She said, “Yes, the men came to me, but I did not know where they had come from.  At dusk, when it was time to close the city gate, they left. I don’t know which way they went. Go after them quickly. You may catch up with them.”  (But she had taken them up to the roof and hidden them under the stalks of flax she had laid out on the roof.)  So the men set out in pursuit of the spies on the road that leads to the fords of the Jordan, and as soon as the pursuers had gone out, the gate was shut.

Before the spies lay down for the night, she went up on the roof and said to them, “I know that the Lord has given you this land and that a great fear of you has fallen on us, so that all who live in this country are melting in fear because of you.  We have heard how the Lord dried up the water of the Red Sea for you when you came out of Egypt, and what you did to Sihon and Og, the two kings of the Amorites east of the Jordan, whom you completely destroyed. When we heard of it, our hearts melted in fear and everyone’s courage failed because of you, for the Lord your God is God in heaven above and on the earth below.

“Our lives for your lives!” the men assured her. “If you don’t tell what we are doing, we will treat you kindly and faithfully when the Lord gives us the land.”

So she let them down by a rope through the window, for the house she lived in was part of the city wall.  She said to them, “Go to the hills so the pursuers will not find you. Hide yourselves there three days until they return, and then go on your way.”

Now the men had said to her, “This oath you made us swear will not be binding on us unless, when we enter the land, you have tied this scarlet cord in the window through which you let us down, and unless you have brought your father and mother, your brothers and all your family into your house.  If any of them go outside your house into the street, their blood will be on their own heads; we will not be responsible. As for those who are in the house with you, their blood will be on our head if a hand is laid on them.  But if you tell what we are doing, we will be released from the oath you made us swear.”

So she sent them away, and they departed. And she tied the scarlet cord in the window.

When they left, they went into the hills and stayed there three days, until the pursuers had searched all along the road and returned without finding them.  Then the two men started back. They went down out of the hills, forded the river and came to Joshua son of Nun and told him everything that had happened to them. They said to Joshua, “The Lord has surely given the whole land into our hands; all the people are melting in fear because of us.”

The city and all that is in it are to be devoted to the Lord. Only Rahab the prostitute and all who are with her in her house shall be spared, because she hid the spies we sent...Joshua said to the two men who had spied out the land, “Go into the prostitute’s house and bring her out and all who belong to her, in accordance with your oath to her.”  So the young men who had done the spying went in and brought out Rahab, her father and mother, her brothers and sisters and all who belonged to her. They brought out her entire family and put them in a place outside the camp of Israel.

By faith the prostitute Rahab, because she welcomed the spies, was not killed with those who were disobedient.

In the same way, was not even Rahab the prostitute considered righteous for what she did when she gave lodging to the spies and sent them off in a different direction?

Sovereignty Of God, The

The Faith Of Rahab