Why Do Humanists
Rule Over Christians?

“I have made the earth, the man and the beast that are upon the ground, by my great power and by my outstretched arm, and have given it unto whom it seemed meet unto me.  And now have I given all these lands into the hand of Nebuchadnezzar the king of Babylon, my servant; and the beasts of the field have I given him also to serve him...But if they be prophets, and if the word of the LORD be with them, let them now make intercession to the LORD of hosts, that the vessels which are left in the house of the LORD, and in the house of the king of Judah, and at Jerusalem, go not to Babylon.”  Jer. 27:5-6, 18

Over the last 150 years humanism has steadily advanced on Christianity.  Since 1960 this has been an incredible rush, with humanists gaining control over almost every aspect of Western society from government to entertainment to education to news media to just about anything you can think of.  The modern Nebuchadnezzar and Babylon has swept everything away in its wake. 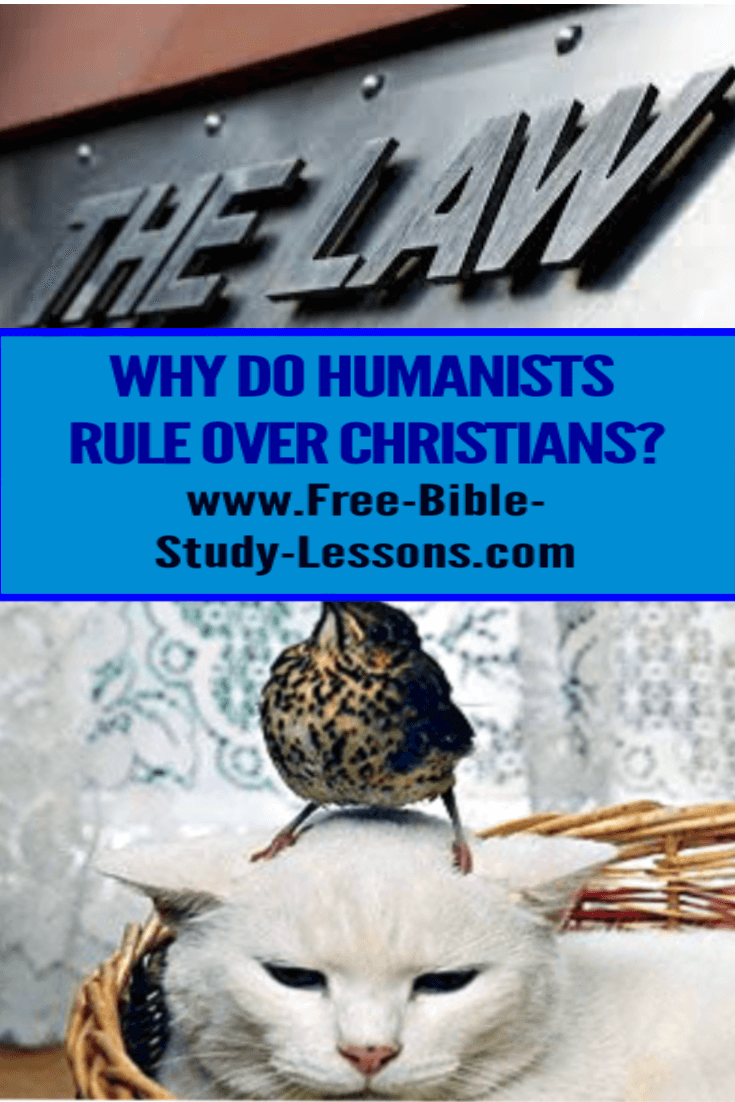 The increasing horrors we are facing in our society are a direct result of humanist programs.  High taxation [even Pharoah in Joseph’s time only demanded 20%] and theft by inflation makes slaves of the people.  Wars come and go.  Vicious crimes shatter the lives of many people and justice lays dead in the streets.  Schools deliberately teach lies and no one seems able to stop them.  Why are these things [and more] so and what can we do about them?

The reason is simple:  God’s people, the Christians, will not follow Him.  They go to church, they go to prayer meetings, they read their Bibles, but they will not submit their lives to the Laws and Lordship of Jesus Christ.  They seek their own will [in God’s Name, of course], they build their own kingdoms, they run after their own pleasures and profit.  They want the glory without the cross, they want the reward without the sacrifice.  They view salvation as an end in itself.  They are truly children of this world.

Some will fight against social evils [such as abortion and homosexuality], some are tax protesters, some moan about the demise of Christianity.  They regret the consequences of a humanist system, but most of them are not willing to deal with the cause of a humanist system.  The bottom line is:  We are slaves to a humanist system because we want to be.  The majority of Christians prefer to complain about but live under humanism than to live under God.  For example, the public schools are the largest humanist church in existence brain-washing millions into humanism, yet, if every Christian parent who attends a Bible-believing church were to withdraw their children from the public school system...it would change or collapse.  You and I both know it will never happen because the cost of following God is greater than what Christians are willing to pay.  So we go to Babylon...

God’s instruction in these times of judgment is to serve the King of Babylon.  In other words, we are to submit to our new master as long as they do not require us to violate the Word of God.  We are to operate peacefully under their system.  We are to demonstrate to God that we have learned how to submit...our stiff neck has been softened.  This does not mean that we do not protest abortion, unjust court rulings, evolution, high taxation, etc.  Within the bounds of the law, we are responsible to fight evil; however, we recognize that the evil which abounds in society is only a consequence of our own rebellion.

If we would change society we must start with ourselves.  We must repent of our own sin.  We must submit to the Lordship of Jesus Christ.  We must learn the Word of God and obey it in every area.  Thousands of Christians around the world will be murdered this year because of their love of Christ, and Western Christians can’t even tithe.

What must we do?  Repent.  Live lives pleasing to God regardless of cost or personal preference.  Plead with God not to let things continue to worsen.   God can and is willing to turn things around in an instant, but He will not be mocked.  If we insist on seeking after the world we will have our years in Babylon.

...and don’t think Jesus is coming back to rescue us from these problems so we can escape the consequences of our actions.  Jesus is not coming back on a rescue mission, He will return to celebrate with a victorious church.