Was The Virgin Birth Necessary?

Was the virgin birth necessary? Does it not detract from Christ by adding what appears to be a mythical element to the nativity? Why couldn't Mary and Joseph have had Jesus in the "natural" way? 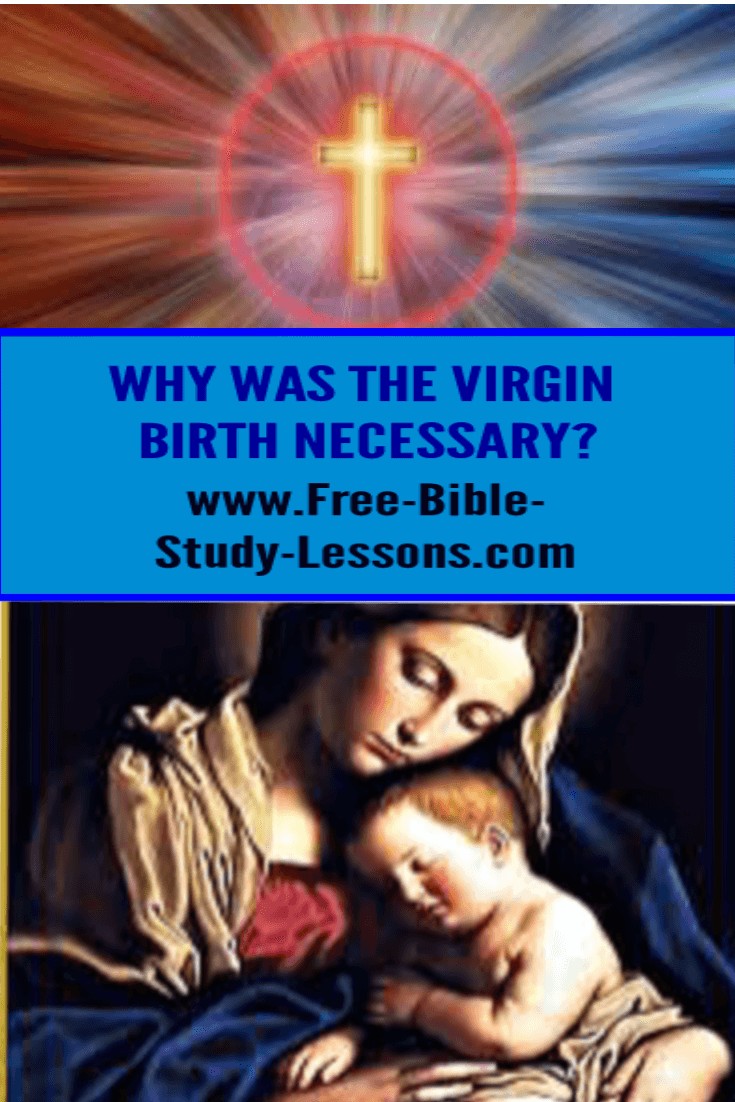 God never does anything without a purpose. Even as we read the Gospels we notice that Jesus did not do anything simply for sensationalism. Specially at the beginning of His ministry, when most people would be seeking the most attention, Jesus often instructed people not to talk about what He had done for them. So why does God make such a big issue out of the virgin birth?

God began preparing the way for the idea of the virgin birth on the very day that Adam and Eve sinned by disobeying Him.

"And I will put enmity between thee and the woman, and between thy seed and her seed; it shall bruise thy head, and thou shalt bruise his heel." Gen. 3:15, KJV

"And I will put enmity between you and the woman, and between your offspring and hers; he will crush your head, and you will strike his heel.” Gen. 3:15, NIV

Here God is talking to Satan, with Adam and Eve listening in, and tells him that the "seed" or "offspring" of the woman is going to defeat him. In other words, Satan won the first round, but God will win the final round and He will do it through the seed of the woman. Usually, in making children, we think of the seed of the man. Here, at the very beginning, God is indicating that something is going to be very different about the birth of the final Victor. How clearly Adam and Eve understood what God was implying is uncertain; however, looking back we can see it.

Therefore the Lord Himself shall give you a sign: Behold, the young woman who is unmarried and a virgin shall conceive and bear a son, and shall call his name Immanuel [God with us].         Is. 7:14, Amp.

But why did God need to have the virgin birth of Jesus in order to accomplish His plan of salvation? Why is it an essential teaching of the Christian church?

First Reason
For The Virgin Birth 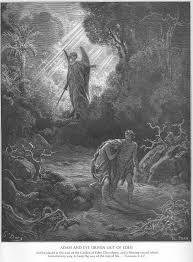 The legal basis of salvation [and God can do nothing unjust] is based the principles of representation and substitution. We understand these principles very well in daily life.

Representation means that one person can represent and make binding decisions on behalf of others. The leader, or elected representatives, of a country represents the people in the country, the owner of a business represents his business to others and makes decisions affecting his employees, etc. In our case, Adam represented the human race. When he chose to join Satan in rebellion to God, he made that decision on behalf of the entire human race. So now we are all born already in rebellion to God. Officially this is know as original sin. Since we are born in rebellion to God, we are also born under the just judgment of God which is eternal death. The ray of light, that God began revealing in Gen. 3:15, is that because someone represented us into sin, someone else could represent us out of sin and into peace with God.

So far so good. What does this have to do with the nativity and the virgin birth?

Next comes the principle of substitution. As it relates to our subject, it means that one person could take the place of another. For example, if John owes Jim $100, Terry could voluntarily pay the $100 to Jim on John's behalf. John would then no longer owe Jim anything because the debt had been paid. It would be unjust if Jim demanded another $100 from John just because it was Terry that had paid the bill.

Now we come to the point where this relates to the virgin birth of Jesus Christ. To use our example above, if all Terry had was $100 and he also owed Jim $100 he would have to pay his own debt and would not have the resources to pay John's debt. Since we are all born already in rebellion, we are all already under the judgment of God and sentenced to Hell. So, although the principle of substitution is valid, no human being can qualify as a substitute because each owes his own unpayable debt to God.

Remember that Adam - not Eve - was the representative of the human race. Therefore, the original sin contamination is passed down through the man [sorry men] to the next generation - boys and girls. So to have a substitute without sin, who could pay the price of sin for others, we would need to have a substitute who was not born as the result of the "seed" of a man. This is the first reason why the virgin birth is necessary.

The Person Who can act as a substitute must be:

1. human [only a human can represent a human],
2. perfect [without any sin - original or personal, i.e. must be virgin born and live a perfect life without a single sin in word, thought or deed], and
3. willing to be the substitute [in order for God's justice to be satisfied the substitute must be willing not forced].

To summarize: Jesus Christ had to be born of a virgin in order to escape original sin which would have disqualified Him as our substitute.

Second Reason
For The Virgin Birth 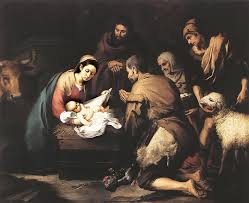 So, because of the virgin birth, Jesus qualifies as potentially being our substitute, the Person Who could pay the penalty of sin for us and restore us to a loving relationship with God. If He was willing to pay the price, we could move from fighting a losing war against God to being at peace with Him.

Jesus Christ meets all three conditions above. Having a human mother, Mary, He is human and can represent us since He is one of us. Since He was born of a virgin without the normal process of a man's "seed," He had no original sin. The Gospels record that He did not sin after being born; therefore, He had no personal sin either. Finally, He was willing to suffer and die on our behalf. He was willing to stand the full justice of God against a rebellious humanity.

However, that leads us to the next reason for the virgin birth. Jesus was qualified and willing to pay the price, but did He have the ability to pay the price? In the above example, Terry may have not owed Jim anything and may have been willing to pay John's debt, but if he only had $50 he would have been unable to pay the debt. Did Jesus have the ability to pay our debt and what does that have to do with the virgin birth?

As a perfect human being Jesus could pay the debt for another human being [which one would He choose?]; however, to be able to pay the debt of EVERY human being He would have to be as valuable or more valuable than every human being combined. That's a tall order…an order only God could meet.

In order for Jesus Christ to pay the price of sin for humanity, He must have God's life flowing through Him.

In order for Jesus Christ to give His life, which is identified with blood, on our behalf He would have to have God-blood in His veins. The only way He could have God-blood was if God Himself implanted the "seed" in Mary which would mature into the baby Jesus. If Jesus had anything less than God-blood, He would not have the ability to pay the price of our sins even if otherwise qualified to do so.

This is the divine mystery of what is known as the duel nature of Christ. Jesus was at the same time fully human and fully God without the two natures being confused or combined. Only in this way, which was accomplished through the virgin birth, could Jesus be both qualified and capable of being our Saviour.

This is one reason why some mock the idea of the virgin birth. They know that if they can destroy the belief in the virgin birth of Jesus Christ, the rest of the Christian belief system collapses. Jesus was virgin-born or there is no salvation. [One of the most childish attempts is to say that people back then didn't know what caused babies. Adam and Eve figured that out 6,000 years ago when God told them to fill the earth! Mary specifically questioned the angel because she knew where babies normally came from and Joseph's agony was because he knew he wasn't the father!]

When Christ Jesus fully paid the price of our sin as our Substitute, He could then become our Representative. Just as Adam represented us into sin, which is rebellion against God, so Jesus Christ can represent us out of sin and into a right and loving relationship with God. The difference is that Adam automatically represented us into sin, but we have to choose to change representatives and accept Jesus as Lord and Saviour. Our "default" setting is on Adam, it takes a conscious choice to move it to Jesus Christ.