Talking Animals
In The Bible

If you start reading the Bible from the beginning, it is not long before you encounter two talking animals.  In Genesis Chapter Three, we have a talking snake [I know it's a reptile, but the idea is the same - it should not be talking], and in Numbers Chapter Twenty-Two, we have a talking donkey.  These talking animals in the Bible cause snickers and mocking from some of those who reject Christianity.  They have a hard time believing anyone can take a Book seriously that speaks of such fairy tale imaginations as if they really happened.

Even well-meaning Christians have been embarrassed by these two incidents.  They have tried to explain them away as allegories or some other literary device.  While the Bible uses many literary styles, including allegory, these two incidents are found in historical books, which the author, Moses, intended to be taken literally.

We are going to take a look at these two historical incidents of talking animals in the Bible, but before we do, there are two things I want to point out. 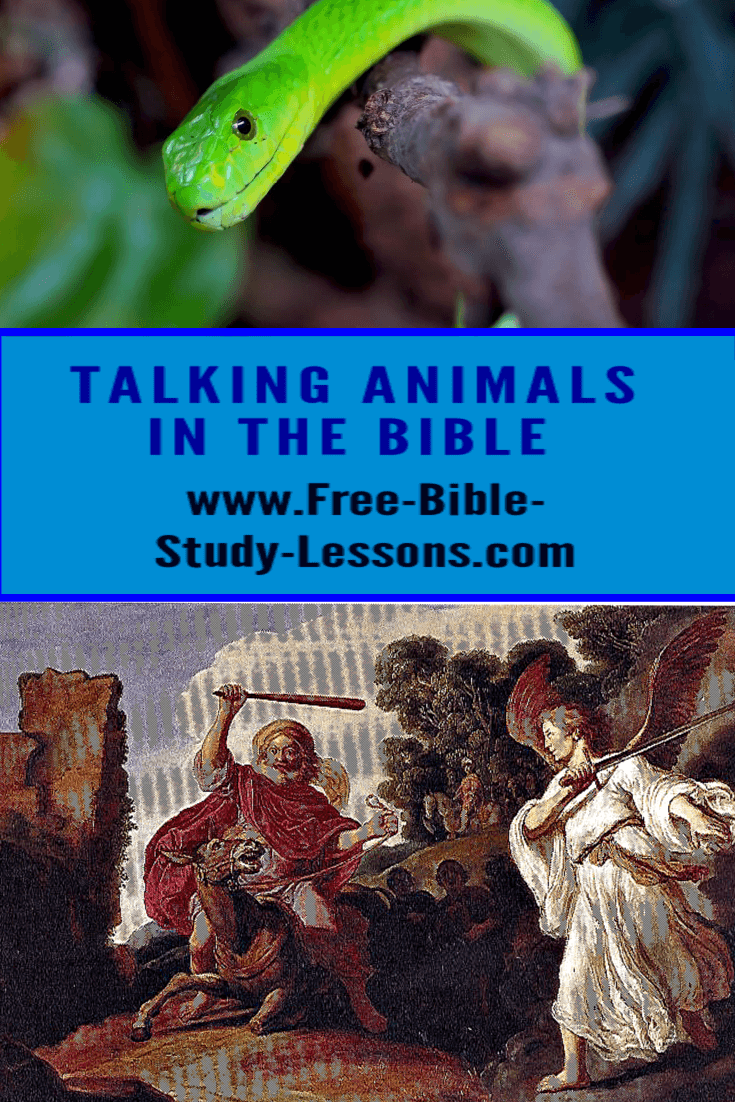 1.  God is God.  No Christian should doubt that God has the ability to make animals talk if He should so choose.  It is the advantage of being both Creator and All-Powerful.

2.  The Bible covers a period of about four thousand years.  In all of that time, there were only two talking animals in the Bible.  This is hardly a fairyland or even the Chronicles of Narnia, where animals speak all the time.  It was an extremely rare occurrence.  Also, note that each animal [or reptile] only had one conversation with one person.  So even this particular snake and donkey did not normally hold conversations.

Talking Animals In The Bible:
The Snake

So let’s look at our talking reptile.

Now the serpent was more cunning than any animal of the field which the Lord God had made. And he said to the woman, “Has God really said, ‘You shall not eat from any tree of the garden’?”

The serpent said to the woman, “You certainly will not die!  For God knows that on the day you eat from it your eyes will be opened, and you will become like God, knowing good and evil.”

When the woman saw that the tree was good for food, and that it was a delight to the eyes, and that the tree was desirable to make one wise, she took some of its fruit and ate; and she also gave some to her husband with her, and he ate.  Then the eyes of both of them were opened, and they knew that they were naked; and they sewed fig leaves together and made themselves waist coverings.  Gen. 3:1-7, NASB

Satan was at war with God.  He had discovered the hard way that he could not defeat God directly.  What he could do was ruin God’s love relationship with His highly valued human creation.  To do that, Satan would have to get Adam [who was the representative of the human race] to join in rebellion and treason against God.  He had a good idea that a frontal assault would fail just like it had with God.  So he decided to see if he could deceive Eve.  If he could get Eve to join him in his rebellion, Adam would be presented with a choice:  would he lose Eve or lose God?

The Bible says that the serpent had a cunning nature from the beginning.  So Satan chose to use the serpent as his instrument to tempt Eve.  After all, she might have been repulsed rather than enticed if he just showed up as himself.

What is very plain as we study the Scriptures about this story is that it is a case of demonic possession.  We know humans can be demon-possessed.  Humans under demonic influence can be mute or speak with a voice not normally their own [among many other things].  Animals can also be demon-possessed.

So as part of his strategy to get Adam to join him in his rebellion, Satan entered into a snake and talked through it.  This is nowhere presented as a normal ability of a snake or any created creature other than humanity.

Talking Animals In The Bible:
The Donkey

It would be good to read the entire story, but here is the part related to our talking donkey.

But God was angry that he [Balaam] was going, and the angel of the Lord took his stand in the road as an adversary against him.

Now he was riding on his donkey, and his two servants were with him. When the donkey saw the angel of the Lord standing in the road with his sword drawn in his hand, the donkey turned off from the road and went into the field; and Balaam struck the donkey to guide her back onto the road.

Then the Lord opened the mouth of the donkey, and she said to Balaam, “What have I done to you, that you have struck me these three times?”

And Balaam said to the donkey, “It is because you have made a mockery of me! If only there had been a sword in my hand! For I would have killed you by now!”

But the donkey said to Balaam, “Am I not your donkey on which you have ridden all your life to this day? Have I ever been in the habit of doing such a thing to you?”

Then the Lord opened Balaam’s eyes, and he saw the angel of the Lord standing in the way with his sword drawn in his hand; and he bowed all the way to the ground. 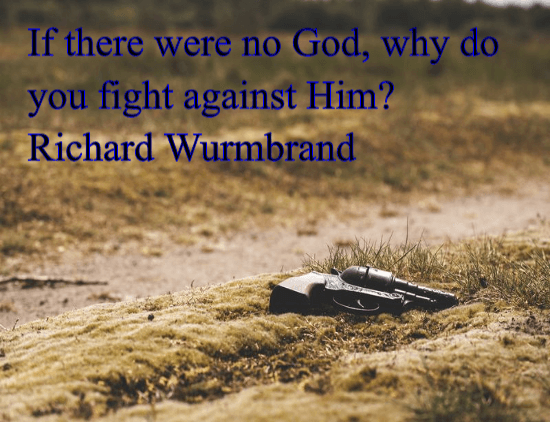 In the case of the snake talking, we saw that it was demonic possession that allowed it to speak.  In the case of Balaam’s donkey, it is plainly stated that “the Lord opened the mouth of the donkey.”  It was a miracle, like healing, walking on water, or the virgin birth.  A miracle, by definition, is when God intervenes in the usual way things work to do something unique or different.  Talking animals in the Bible [the only two!] are definitely not presented as something normal.  This is not the Chronicles of Narnia!

It is interesting to note that in both incidents, neither Eve nor Balaam seemed surprised when they were spoken to.  In Eve’s case, this may have happened on the first day of her life.  Everything was brand new and exciting.  It may not have occurred to her that the snake should not be talking.  And Balaam, in the first Biblically recorded case of Road Rage, was so furious at his donkey that it did not register in his mind that she was talking to him!  If nothing else, this illustrates the danger of allowing our temper to get out of control.

Is there any reason to doubt the honesty and reliability of the Scriptures because of these two recorded incidents of talking animals in the Bible?  No.  We know that both demonic possession and miracles are real and can take many forms.