A man I admire very much came in to see me. Many years ago he started with his company at the bottom but with determination to get to the top. He has unusual abilities and energy and he used all he had. Today he is president of his company and he has all the things that go with his position.

Yet, along the way, he left out something, and one of the things he did not achieve is happiness. He was a nervous, tense, worried, and sick man. Finally, one of his physicians suggested that he talk with a minister.

We talked of how his physicians had given him prescriptions and he had taken them. Then I took a sheet of paper and wrote out my prescription for him. I prescribed the Twenty-third Psalm, five times a day for seven days. 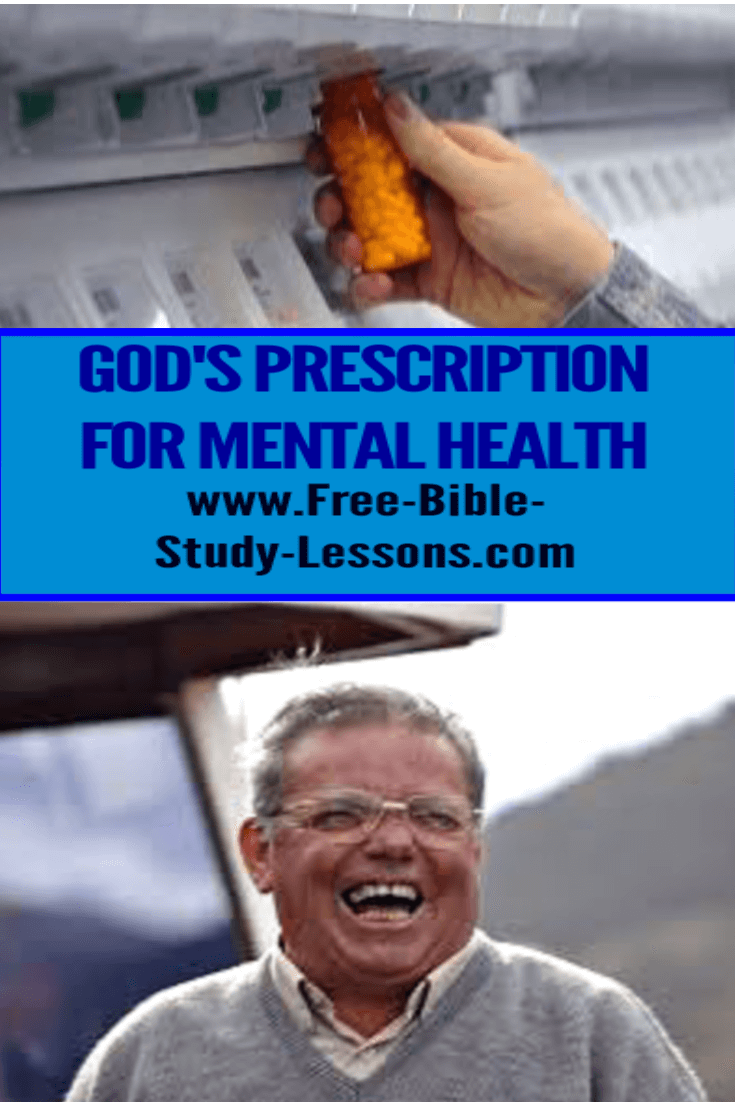 I insisted that he take it just as I prescribed. He was to read it the first thing when he awakened in the morning. Read it carefully, meditatively, and prayerfully. Immediately after breakfast, he was to do exactly the same thing. Also immediately after lunch, again after dinner, and, finally, the last thing before he went to bed.

It was not to be a quick, hurried reading. He was to think about each phrase, giving his mind time to soak up as much of the meaning as possible. At the end of just one week, I promised, things would be different for him.

That prescription sounds simple, but really it isn't. The Twenty-third Psalm is one of the most powerful pieces of writing in existence, and it can do marvelous things for any person. I have suggested this to many people and in every instance which I know of it being tried it has produced results. It can change your life in seven days.

One man told me that he did not have time to be bothered with reading it during the day, so he just read it five times in the morning. However, when a physician prescribed a medicine after each meal, or every certain of hours, no right thinking person would take the full day's dose at one time.

Some have told me that after two or three days they felt they knew it sufficiently, and thus, instead of taking time to read it thoughtfully, they would just think about it through the day. That won't work. To be most effective, it must be taken exactly as prescribed.

Ralph Waldo Emerson said, "A man is what he thinks about all day long." Marcus Aurelius said, "A man's life is what his thoughts make it." Norman Vincent Peale says, "Change your thoughts and you change your world." The Bible says, "For as he thinketh in his heart, so is he." [Proverbs 23:7]

The Twenty-third Psalm is a pattern of thinking, and when a mind becomes saturated with it, a new way of thinking and a new life are the result. It contains only 118 words. Once could memorize it in a short time. In fact, most of us already know it. But its power is not in memorizing the words, but rather in thinking the thoughts.

The power of this Psalm lies in the fact that it represents a positive, hopeful, faith approach to life. We assume it was written by David, the same David who had a black chapter of sin and failure in his life. But he spends no time in useless regret and morbid looking back.

Take it as I prescribe, and in seven days a powerful new way of thinking will be deeply and firmly implanted within your mind that will bring marvellous changes in your thinking and give you a new life.