"In the not very distant future, after the Third World War, Justice had made great strides. Legal Justice, Economic Justice, Social Justice, and many other forms of justice, of which we do not even know the names, had been attained; but there still remained spheres of human relationship and activity in which Justice did not reign." L. P. Hartley, Facial Justice, pg. 7

So begins L. P. Hartley’s futurist novel, Facial Justice, in which facial beauty must be equalized, to ensure that justice is complete. We may smile, but the possibility of it seems daily less remote. Where does the “justice” of statism stop? If we have abandoned the biblical limitations on the power of the state, there is no logical boundary to its activity. Of one thing we may be sure: If Hartley’s nightmare ever comes true, it will no doubt have been brought about, to a great extent, through the tireless and diligent efforts of a dedicated group of “biblical Christians”- the Evangelical for Facial Action. 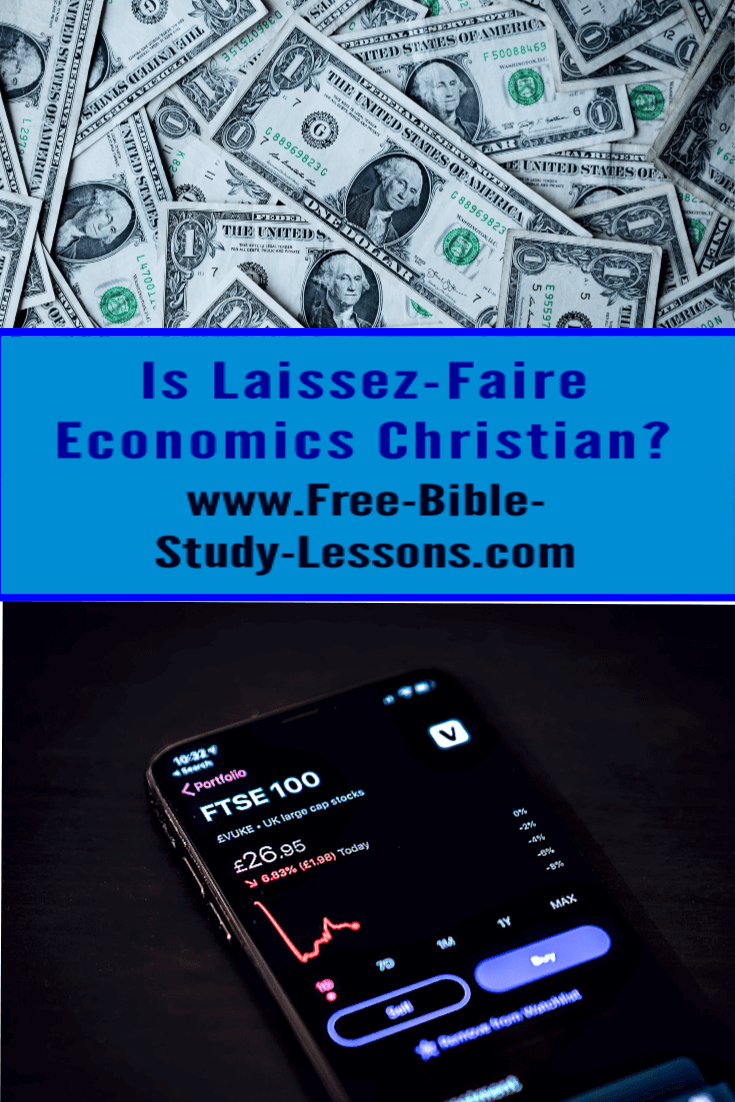 The only functions allowed to the state by the Bible are defense of its people and punishment of criminals. To go a step beyond this is forbidden. Biblical law works to prevent power being concentrated in any one institution, by creating and sanctioning many institutions — family, church, community, voluntary associations, and the state – 4 of which have legitimate but limited powers, all acting as buffers against the other powers, in a system of counter-balanced authorities.

Gary North writes: “No one institution should be regarded as sovereign outside of its own legitimate, but strictly limited, sphere. Society in this perspective is a matrix of competing sovereignties, each with certain claims on men, but none with total claims in all areas.” Gary North, An Introduction To Christian Economics, pg. 226

Statism is thus the infringement of God’s limits on the state. It is sin, defined by the Westminster Shorter Catechism as, “any want of conformity unto, or transgression of, the law of God.” For the state to fail to conform to God’s law (e.g., by refusing to execute those who should be executed) is statism, because it is the state playing god by attempting to relax God’s standards. For the state to transgress God’s law (e.g., by interfering with the price mechanism of the market) is statism, because the state is claiming omniscience and omnipotence over the creation. God has given the state certain legitimate and necessary functions; but ruling the world is not one of them. The state’s only duty with respect to the market is to guard against and punish what the Bible defines as public crime — which, as we have seen, is not absolutely identical with sin. I may have sin in my heart in refusing to do business with red-haired people, but it is not a crime legitimately punishable by the state. God will deal with me. Again, if my prices are “too high,” the search for bargains will induce people to patronize the business of a competitor whose prices more closely are in line with the reality of demand. God’s imposed scarcity (Genesis 3:17-19) induces men to become less wasteful. The free market is free only with respect to state intervention. It is never free from the providence of God... 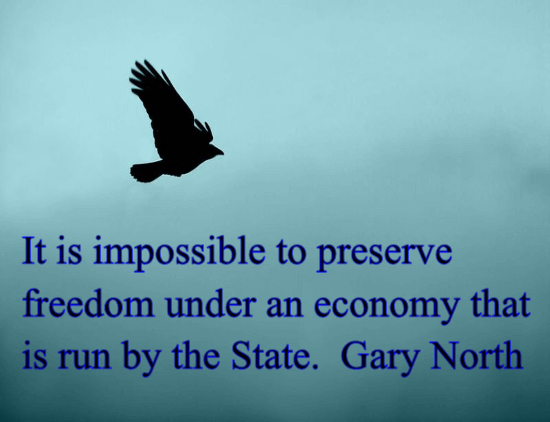 That all depends on the meaning of the term. If “laissez-faire” means anarchy, the answer is No. The Bible does not want the government to stand idly by while Murder, Inc. negotiates a “market price” for its service. The market is to be free from government regulation, but criminal activity in the market must be abolished. Laissez-faire, in the Christian sense, means that the state enforces God’s laws, and leaves men free to make choices. The duty of the state is not to save men from the consequences of their own irresponsible decisions. The duty of the state is to guard men criminal activity.

This is not to say that the free market is paradise, or that the concern in Christian economics is only freedom from price controls. What we desire is a Christian commonwealth, wherein the choices of men will flow from devotion to the glory of God. But we are saying that such a culture will not be produced by attempting to legislate men’s scales of value. The state must punish lawbreakers and protect the law-abiding. The culture itself can be transformed only by the regenerating and sanctifying grace of God. The state is not the agency of regeneration...

The whole point of the invisible hand thesis [Adam Smith, The Wealth Of The Nations] is that the only way of determining equitable prices is to allow free men to make free choices. Contrary to popular myth, producers do not set prices. Consumers do. Every time you buy or do not buy an item, you are casting a vote on its price. You aren’t the only one voting, certainly; but you are voting nonetheless. The producer wants as much money as possible for his product, and the buyer wants as much product as possible for his money. The price will thus tend toward a point at which the supply will equal the demand; there will neither be shortages nor surpluses. If a producer makes a mistake by producing a good for which there is insufficient demand (at a price which would reward the producer for producing it), he will see his mistake in the loss column, and will either redirect his investment entirely or fiind a way to produce the item at a lower cost, enabling him to sell at a price which consumers are willing to pay.

This operation of the free market means that mistakes in investment tend to be quickly corrected, consumer demand is satisfied, and producers are rewarded only when they fulfill the wants of consumers. The market price determines profit and loss, and this means that, even though both consumer and producer are pursuing his own interests, each is helping the other. The producer supplies what the consumer wants at a price the consumer is willing to pay, and the consumer tells the producer he is on the right track by rewarding him with his payment for the product. The wants of society are supplied at a price which gives producers the incentive to supply them. If the price is too low, there will be a great demand, but not sufficient incentive to produce. If the price is too high, demand will fall, and the producer will suffer losses. The market system is a giant auction, where profit, loss, and the freedom of buyers and sellers to mutually bid the price up and down are the only ways to get a “clearing price”- an equality of supply and demand. Any “tampering with the machinery” by a non-market factor — whether it be a syndicate’s “protection” racket or governmental price control-will inevitably disrupt the system. The reason for that is that God curses disobedience. Statism cannot succeed, for God’s word and His world are against it.

excerpt from Productive Christians In An Age Of Guilt Manipulators by David Chilton which is available as a digital copy free over the Internet at Free Books or you can purchase a paperback copy.